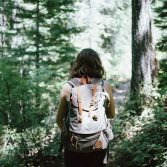 Ticks can be very dangerous not only for our four-legged friends, but also for humans: in fact, their bite can transmit infectious diseases with serious consequences, especially if not identified and treated in a timely manner. In our article, we talk about Lyme disease, one of the possible consequences of a tick bite.

What is Lyme disease?

Lyme disease, which takes its name from the American town of the same name where, in 1976, a very high number of cases were recorded, is an infection resulting from being bitten by ticks infected with bacteria belonging to the Borrelia genus (for which reason, Lyme disease is also called borreliosis).

This worldwide disease is particularly widespread in the United States, in the wooded areas of the north-eastern coast and in California.  The disease is transmitted to humans when the tick remains on the skin for at least 36 consecutive hours: otherwise, it is more difficult for infection to occur.

Several days after the tick bite, a raised red circular spot may appear on the skin, which can also move to different areas of the body (a migrating skin rash). Subsequently, symptoms such as  high temperature, headache, fatigue, muscle and joint pain appear: symptoms that are difficult to distinguish from normal flu, which often makes it difficult to diagnose the disease correctly and in time. In the most severe forms, Lyme disease can also cause arthritis, heart problems, neurological changes or changes in the lymphatic system.

If Lyme disease is diagnosed quickly (thanks to specific blood tests), it can be treated with antibiotics. Symptoms can persist for up to six months after contracting the disease and may have significant consequences for the individual’s health.

The importance of prevention

Not all ticks are infected with Borrelia bacteria, and often the body’s immune system can defeat the infection on its own.

In any case, given the dangerous consequences that Lyme disease can have, we must not underestimate the problem and we must pay attention to some rules of behaviour, to prevent as many cases as possible. In fact, nature is dangerous and can hide risks: here’s how to best tackle them and be prepared.

Finally, please remember that the greatest period of tick activity is when temperatures rise, approximately from March to November (depending on the climate). Therefore, pay maximum attention on nature trips and summer excursions.

Federica Monti, a girl from Liguria, was bitten by a tick at the age of 14 and contracted Lyme disease: no one at the time could diagnose it correctly and for the following years Federica lived life with constant migraines, heart problems, neurological issues, very high temperatures and a continuous and disabling fatigue.

Lyme disease is rare and unfortunately there is currently no cure and treatment in Italy: for Federica, the only option is to go to some specialist hospitals which treat this disease in the United States, Poland or Germany. The costs, however, are very high: this is why Federica’s family has decided to start a fundraiser.

We strongly believe that guaranteeing health and well-being for everyone and access to medical care as a primary asset is an inalienable right for all, not a privilege for a few. We have therefore decided to work at the forefront to help Federica, donating part of the proceeds from the sales of our products to her fundraiser: in particular, 10% of the sale of anti-tick products in the months of August and September will be donated to Federica’s treatment, and the amount collected will then be doubled by our company.